HELP For Homeowners Underwater and What About New Homebuyers? 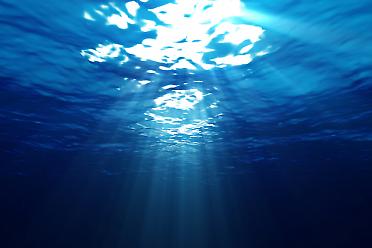 One month after posting a multi-year high, the Pending Home Sales Index retreated to 99.3 in June — a strong reading in its own right.

At the same time, millions of homeowners find themselves underwater, unable to refinance and take advantage of these historic low rates.

And more help maybe on the way – click here ! END_OF_DOCUMENT_TOKEN_TO_BE_REPLACED

Foreclosure Starts On The Rise Again!

Is The Real Estate Market in Sacramento Really Getting Better?

For that matter, is the Real Estate Market in California truly getting better?

84 U.S. Markets Improved In July, and the Wall Street Journal proudly called an end to the housing crisis, a declaration made without hedge, stating, “the housing bust is over.”

END_OF_DOCUMENT_TOKEN_TO_BE_REPLACED

Click on the Photo for Enlarged Version. Much easier to read!

With last Friday mornings report, the Bureau of Labor Statistics released its Non-Farm Payrolls report. More commonly called “the jobs report”. Depending on the strength — or weakness — of the data, mortgage rates will change. As expected, the numbers were not as good as we hoped for and money started to flow into the “safe haven” of mortgage bonds. END_OF_DOCUMENT_TOKEN_TO_BE_REPLACED

What Mortgage Rates Are Doing This week of July 4th, 2012

For mortgage rate shoppers in Sacramento and California, markets have touched new all-time lows, but are not sticking. This is due to traders taking advantage of buying on dips and selling on rallies.

It can also be argued, that banks are squeezing their pipelines by keeping rates higher, as they actively manage this mini refinance boom we are experiencing – for those homeowners who are underwater and want to take advantage of the much-needed HARP prograrm. END_OF_DOCUMENT_TOKEN_TO_BE_REPLACED

Tags: 2.0, best rates, california, dan tharp, European Union, HARP, I am upside down on my mortgage, i want the best rate, New Home Sales, Pending Home Sales Index, sacramento, what are rates doing, will rates go down, will rates go up